Can you prove your heart attack or stroke was caused by your job?

The New Jersey Workers’ Compensation Statute recognizes that heart attacks and strokes can be caused by your work. If you suffer a work-related heart attack or stroke, the Statute provided that your medical bills will be paid by your employer’s Workers’ Compensation insurance company. Medical bills will be paid at 100%, there is no co-pay or deductible. Additionally, subject to certain limitations, you 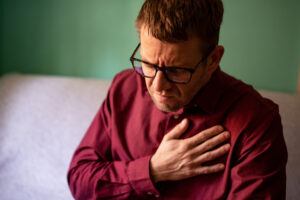 “In any claim for compensation for injury or death from cardiovascular or cerebral vascular causes, the claimant shall prove by a preponderance of the credible evidence that the injury or death was produced by the work effort or strain involving a substantial condition, event, or happening, in excess of the wear and tear of the claimants daily living and in reasonable medical probability caused in a material degree to the cardiovascular or cerebral vascular injury or death resulting therefrom… Material Degree means an appreciable degree or a degree substantially greater than de minimis.”

The Hellwieg case stands for the proposition that a cardiovascular incident will be deemed work-related if the claimant can show: 1) He engaged in intense work effort for a considerable period of time; 2) The gap in time between the intense work and the cardiovascular episode is short in duration; and 3) The claimant did not engage in stressful activity outside of work. The claimant in Hellwieg was an equipment repairman at Anheuser-Busch factory in Newark.

The Fiore case is particularly helpful in deciding cases where there is dual causality. The claimant in the Fiore case was fifty (50) to sixty (60) pound overweight and smoked two (2) packs of cigarettes a day when he had an angina attack while working as a truck driver for his employer. As a truck driver, he worked at warehouses where there were many trucks with diesel engines spewing exhaust for hours at a time. The cab of his truck was also heavy laden with carbon monoxide. His cardiac physician testified that working as a truck driver was a known risk for this type of cardiovascular incident.

In Fiore the Supreme Court held that an employee claiming an occupational heart disease claim must show that the diseases do in a material degree to causes or conditions that characterize the employees occupation and that his job substantially contributed to the development of the disease. Thus, the Supreme Court decided that an employee that suffers a work related cardiovascular incident could receive Workers’ Compensation benefits, even if work was not the sole cause of the incident.

In the Renner case, a worker died from a blood clot that attacked her heart. Her husband claimed that her death was caused by the number of hours she was required to sit at her desk at work. The Supreme Court did not agree and dismissed the case. The Supreme Court stated that N.J.S.A. 34:15-72 specifically stated that the cardiovascular incident must result at least in part from “work effort or strain” and that sitting at a desk did not meet that definition.

If you think you’ve suffered a cardiovascular incident such as a heart attack or stroke as a result of your work, please contact my office for a free consultation.

Reporting work related injuries – why it is so important